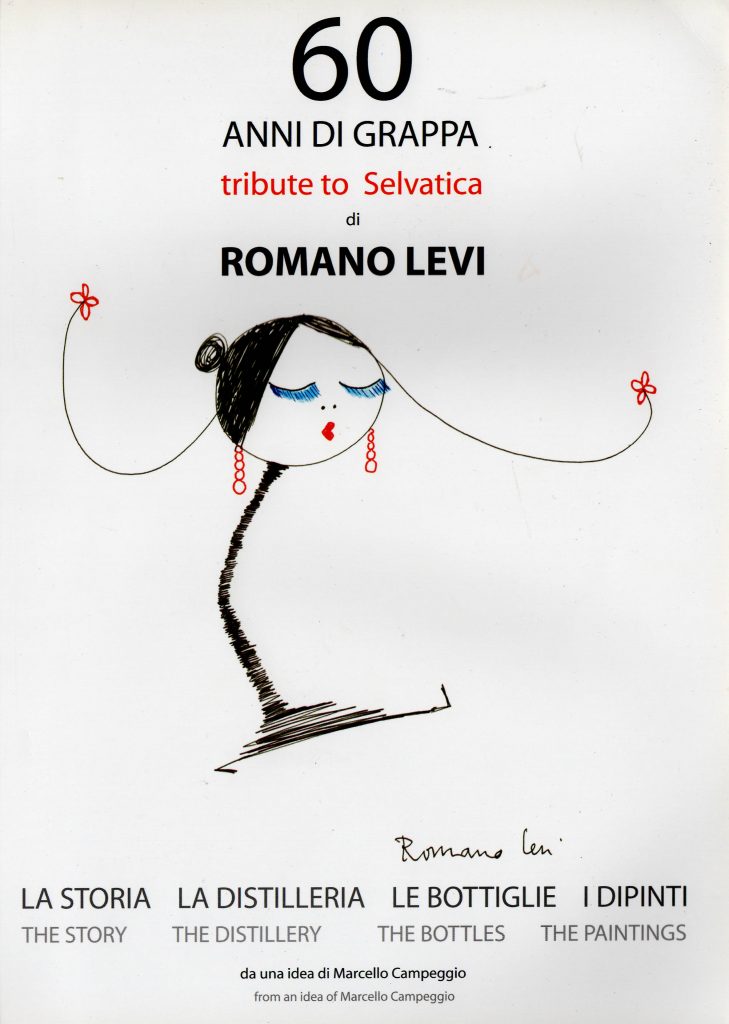 “Do you know RomanoLevi? Taste this Grappa,it’s his and it’s made like old times!” This is how Marcello Campegglo, executive director of Sommelier and Gourmet started his adventure, in front of a glass of valuable grappa, offered by his friend Carlo, an expert Sommelier. An adventure which brought him to Neive, in the sweet hills of Langhe, where you can still breath eld traditions, passed from generations to generations. Romano Levi to Marcello was just another name, buthis curiosity to this mysterious person, brought him to organize straight awaya trip in the heart of Pledmont, land of fragrances and flavours of old periods, of Tartufo, Barbera, Moscato, Dolcetto and Barbaresco, where Romano lives. But before departing, there was something important to do: gain as much information as possible about this grappa maker (grappaiolo) so famous worldwide, celebrating this year sixty years of work. A well known career: in fact more than 100 websites talk about him, while thousands of collectors take a visit to him to be able to own oneof his bottles of grappa, thatis still prepared with direct fire, and he is the only one left in the world to do so. And if on one side all this glamour still surprises Romano, who never thought about advertising his products, on the other side this gave even more interest to Marcello to find out more about this character. The trip becomes more intere sting and Marcello cannot wait anymore: «First stop, the inn (Locanda) “La Contea’, which is not too far from Alba» said Marcello. «Tonino, owner and chef, comes to us with a big smile on his face and the usual discreet hospitality of the people from Piedmont. While we are tasting traditional plates of the area, specially made for us, here comes the mayor of the town, Mr Gigi Ferro. The purpose of my visit becomes aninterest of the area: Romano Levi is an Institution here and everybody really cares about him. And just a few minutes later a few people take mein front of the legendary “red gate’) the only sign which distinguishes the house where Levilives. This reserved man, didn’t even put his name on the buzzer. But his fame is so well known around the world that there’s no need: follow the stream and it’s easy to find him.

Everyday the same scene happens: in front of the gate there is a true pilgrimage of curious and passionate people, attracted not only by the taste of his grappa, but also by the art that distinguishes his bottles. Romano, “master of grappa and art”, personally designs his labels, under the eyes of his sister Lidia and Maurizio,doctor and friend, who from ten years help and assist Romano. And with him Romano picks the most fascinating subjects for his labels, which are later personally attached on every single bottle. Work begins from the first light of dawn, when Romano feels more inspired and makes it to add a touch of poetry: lovely commitments that mostly hit the heart of women around the world. In fact women are the features of his suggestive drawings. ’The untamed woman who climbs overthe hills’, its his most known label, is a homage to the farmwomen that he used to meet in the countryside, every morning when he used to go to school. Those women, “beautiful, sexy and alluring” – as Romano reminds them – thatlived in his teenagers’ dreams, becamepart of his art. Even now that Romano is eighty years old, he still has the same passion when you begin to talk about women. His clients know this, and they don’t hesitate to bring with them theirs wives, to be able to conquer one of the most desired bottles that are distributed everyday. «While I’m waiting in the courtyard to meet Romano» continued Marcello «Giorgio Toso, one of the most valuable assistants of Romano, gives me hint to make a better impression to him: “never stand in front of the door, if you don’t want to make him nervous. If you do so you will risk to lose him as he might goto his sister’s apartment without coming out for a few hours”. After about am hour it’s my turn. Romano invites me to enter in his room that I like to call “The magical showroom”. It’s a unique experience: the atmosphere is pleasant even if it seems to me that I have taken a few steps in the past: his desk is filled up of papers, paintbrushes, colours, and there is a wooden bench instead of a chair, intense and wrapping smells… All of it is surrounded byart, nature and pure sempilicity. But the thing that impresses me the most are the enormous spider webs: have never seen such a thing. Spiders, which are now a familiar of the room, have invaded this area, in every corner and on each window. It’s here where time seemed to have stopped, Romano draws with Indian ink the profiles of his so loved women: while they have a talk, details after details, the images seem to become reality. Thanks to my camera I try to get the most out of each step of his creation. Romano doesn’t seem comfortablein front of the eye of the camera, but soon his curiosity takes over and he begins to look at my digital camera. ‘Why do I never hear the cartridge roll back? The Germans that come here to take pictures of me change their cartridge often” he asked me with a surprised look on his face. Time is running fast and the courtyard is getting full of curious people that are waiting with respect the possibility to meet the “grappaiolo angelico”, as Luigi Veronelli, father of the Italian gastronomy, defined Mr Levi. Romano dedicated hima special label with a sun in the middle ofit. “They make me feel Father Pio” claimed Romano. “They are waiting to shake my hand, they bring me presents and they give me many attentions”. Basket of grapes or other sort of foods, but also crafts objects, and different home made hoot owls which he loves to collect: everybody brings him a gift to show him their affection and estimation, just like they would bevisiting an old friend. And he answers trying to speak their dialect and with a big smile on his face. He is a person full of humanity, too noble to become a true businessman». And here is where his success came from: to Romano grappa isn’t a business, but joy and a way to donate happy memories. This philosophyoflife has been handed down from his parents, who also produced grappa for workers and ordinary people. Nowadays grappa with Levi’s labels is the most requested from cultured persons, television showmen and collectors. John Elkan, who is part of the Agnelli’s family, for his wedding with noble Lavinia Borromeo, requested for his menu the grappa made by Romano Levi, which gave him a guarantee of extraordinary quality. 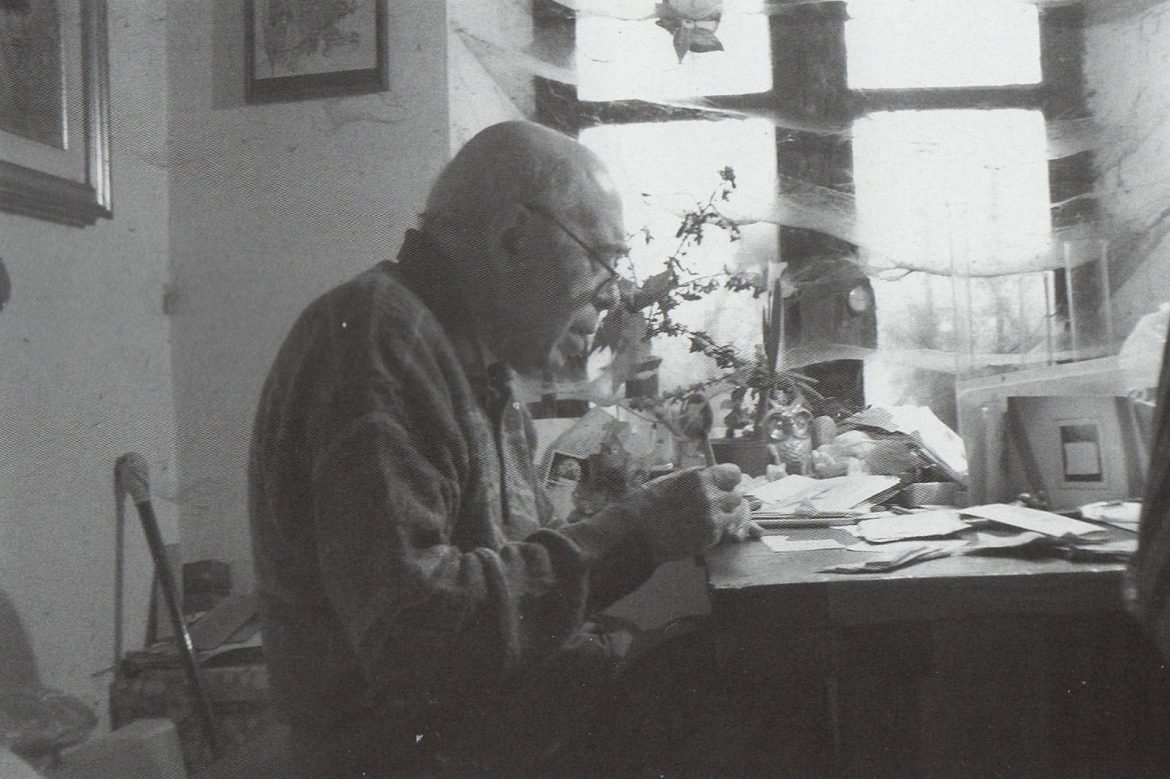 This Grappa extraordinary quality is thanks to the way Romano and his sister have been conducting the industry for sixty years, just like old times: they still work in the middle of nature, with the same copper tools that were used in the third century. Him and his trusted assistants personally pick the “vinacce”. Hand distilled with one of the most antique ways, because this is the only place in the world where somebody produces grappa with direct fire. «It’s much more than a distillery» affirmed Marcello with enthusiasm «is like a theatre conducted by an excellent director, a master of simplicity who with heart and passion keeps alive the secular tradition together with his assistants and friends, Giorgio, Mauro, Franco, Fabrizio and Bruno. In the period of the grape harvest, the freshest and most perfumed “vinacce’, mostly from the city of Nebbiolo, are picked up and inserted in stony silos, just like long ago. The most valuable and appreciated by Romano are the ones of Bruno Giacosa, worldwide leader in the wine industry, and of Angelo Gaja, who personally pick them from Sori’Tildin, wine of exceptional quality. The distillation ends in May, but the period where everybodyis hectic and nervous is September, when Romano turns on the distillery alambicco with a match always from the same box, has lastest for forty years. Just like many years ago in rural areas, and just like now in Romano’s industry, the leftover aren’t thrown away: theywill be used as combustible for the next year. Grappa, once prepared is positioned in acacia, oak, oak chestnut and ash wood’s barrels for two years. The result is a Grappa with an extraordinary fragrance, intense piquancy and a clear colour. A regal flavour, made by the king of the grappas!» But even with the great abilities and the passion of the unflagging Romano, in all this work there is a feminine touch, from his sister Lidia, a woman full of surprising sweetness and strength. Romano and her have alwayslived together and they can’t be separated. It’s her that takes care of the house theylive in, and she inserts in some selected bottles a piece of herb “ruta” which she cultivates with devotion in her garden, and is needed to give the right flavour to the grappa. She Is reserved and doesent want to be caughtin middle of all the attentions brought by the pcople who come to see her brother: «Lidia always stays on the first floor» explained Marcello «like a queen in her castle she looks, controls and listens to  everything that happen and understands when her help Is needed”, Mareellé has meet so many extraordinary people and so many unique and unfergettable experiences in this adventure! But now the time te go home has come. Marcello has metto leave his new friends and speaks for the last time with Romano who warns Alm “Please eome back soon, you are always welcome herel Take thig bettle, so that you won’t forget about us”. And he offerend him ene of his grappa’s bottles, strikly rolled up byin the itallan econemics newspaper “Il Sole 24 Ore’ because, as Romane sald “It is the only one newspaper that doesn’t stain and doesn’t spall the label” A gift that Marcello got with joy, even if «the most beautiful gift will be the memory that! will always bring with me in my heart!»